The approaches to Turkish foreign policy and its side-effects for regional security reflect the limited perceptions and explanatory ability of scholars across the field of IR. Of course it would be rather foul play to provide a single explanation through a positivist spectrum, yet, explaining and understanding constitute essential processes of any effort to depict the world of international politics. It is important to go beyond the obvious or less obvious motives of T. Erdogan’s policies and look at the realities of choices that re-activate tectonic geopolitical plates at different levels. Turkish neo-ottoman dream evades the question of whose interests this dream is going to serve and at the expense of whom. Under this evaluative prism T. Erdogan’s megalomania has turned Turkey into an ‘indispensable liability”.

As I had underpinned in my previous commentary (Erdogan, Turkey, and the Western Alliance, 2018), on the macro-strategic level, T. Erdogan’s strategy upsets a long-established strategic and geopolitical balance. His choices constitute an Ovidian metamorphosis, not only in terms of Turkish strategic orientation, but also in terms of its being a major geostrategic and geopolitical game changer, a Turkish bull in a chinaware department store. Greece, Cyprus, Israel, Syria, Iraq, Egypt, Libya, the Balkans and the EU are directly or indirectly, overtly or covertly affected by his choices.

Questioning or ignoring international law, fully militarizing Turkish foreign policy, supporting radicals and jihadists, reviving PKK’s terrorism through a series of wrong choices and becoming a revisionist hyper-threat to its neighbours constitute few only aspects of what I earlier called “the obvious”. One might be tempted to evaluate the above on the basis of the traditional fact/non-fact IR dichotomy. Yet, some facts based on actual choices, official statements and above all operational given may provide raw material of the “obvious”. Wishing to revise the Treaty of Lausanne defining the borders of modern Turkey, declaring that the Treaty of Sevres deprived Turkey of spatial advantages, ignoring (not having signed) the Law of the Sea, threatening its neighbours with “military punishment”, blackmailing Europe with the refugee/migrant crisis refer to a Hobbesian world where there is no alternative to a conflict building process producing zero-sum games.

Actually this cognitive perception of acting has brought Turkey and Russia together. The same conceptual framework led Moscow to operate in Crimea, Georgia, Ukraine. Should the international community allow states operate on these assumptions would send the wrong message to the world. It is not an issue of “morality” but rather a question of setting red lines. Actually these choices, evaluated altogether, illustrate that Turkey’s operational psychological milieu (to use a Robert Jervis concept) has distanced the country from the West to a degree that it would take generations to bring it back to where it was when T. Erdogan came to power.

Turkish president is introducing a “new” norm in international relations. That is the law of the jungle as a modus operandi externalized through his efforts to revive an empire that completed its historic circle. Moving from the imaginary, virtual zero problems concept to a policy that has become a womb creating existential problems to everyone within and beyond geographical and/or cultural reach is a challenge that goes beyond their capacity to peacefully accommodate issues of survival conceptualized in its Political Realism context. Under Erdogan, Turkey has invaded Syria, Iraq, cooperated with the Islamic State, stationed troops in Libya, cooperated with jihadist factions, weaponized refugee-migrant flaws to Europe, formulated a patron-client relationship with Hamas, set a terrorist funding network between Turkey and Gaza and became the most stern proponent of the Muslim Brotherhood. Historic expectations of Ankara operating as a bridge between the West and the Muslim World were shattered through a series of strategic choices. The latest was the conversion of Hagia Sophia to a mosque, a choice with particular semantics. On top of that was the promise to “liberate” Al Aqsa in Jerusalem.

T. Erdogan’s perceptions of a “new”, yet, old (Ottoman-based perception) world order is an input that goes beyond the systemic capacity of multiple security systems and sub-systems to absorb. In simple words the limited by history and contended geopolitical point of views local self-stabilizing mechanisms are completely neutralized, thus allowing the emergence of Hobessian features of regional instability.

Erdogan’s positivist dream of reviving the Ottoman Empire rams multiple security systems and sub-systems from the Balkans to North Africa. It constitutes a major destabilizing input that by default creates zero-sum games and multiplies security dilemmas. Based on his choices T. Erdogan has become a multifaceted threat not only to neighbouring countries but also to a much wider geographical spectrum. In effect Turkey has become a multi-systemic destabilizer, adopting, among other things, an “overlay strategy”. That is a strategy that sets aside the interests and security priorities of other states.

The elephant is in the room and threatens the whole edifice. It is the form of what Le Monde defined as T. Erdogan’s “islamo-nationalisme” or an aggressive, revisionist nationalism covered in religious elements. The mixture of nationalism, revisionism and radicalism is developing at the expense of fast-eroding secularism. Wishing to re-establish an empire at a time of transition exposes the adventurist motives of Turkish president and turns Turkey into a common (to many) threat.

The mess in Afghanistan 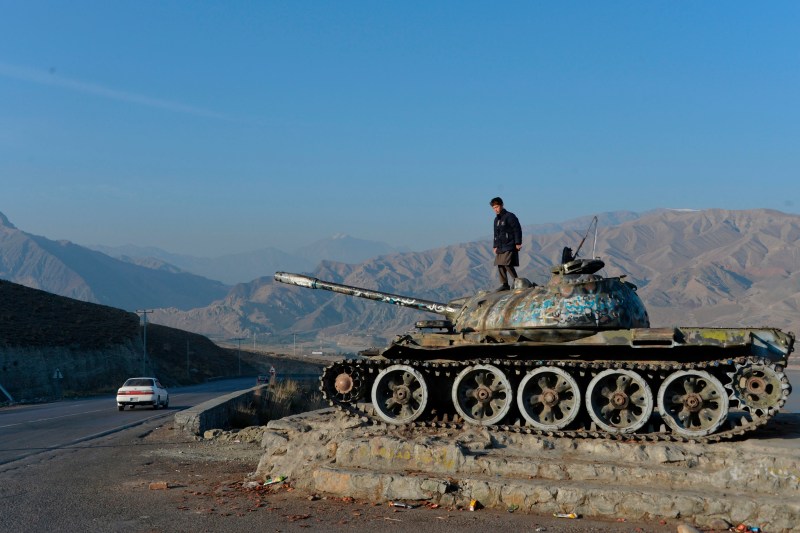 Afghans Fear Yet Another Civil War